When a client has a compelling story, there’s nothing better than telling it. Facts win cases.

Owen’s practice focuses on trust and estate litigation. Before joining Farr Law Group, Owen spent two years as a commercial litigator at a national law firm, Holland & Knight, and five years with a Seattle firm, Graham & Dunn (now Miller Nash Graham & Dunn), where his practice focused on representing financial institutions. From 2008 through 2016 Owen’s peers voted him a “Rising Star” in Washington Law & Politics and SuperLawyers® magazines and a Washington SuperLawyer® every year since 2019. Owen is a Fellow with the Litigation Counsel of America and with the American Bar Foundation.

If you weren’t a lawyer what career do you see yourself in?

What could you give a 30-minute presentation on with absolutely no preparation?

How to defend a will contest!

What is your favorite thing to do when you’re not working?

The prestigious list is published annually and includes some of the top lawyers in the state. 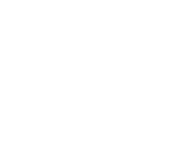